Johnny (Roastbeef) Williams as Burt in The Mask..

Hyperactive mayhem results when a mild-manned banker discovers an ancient mask that transforms him into a zany prankster with superhuman powers in this special-effects-intensive comedy. The wildly improvisational Jim Carrey plays Stanley Ipkiss, a decent-hearted but socially awkward guy who one night finds a strange mask. Carrey’s trademark energy reveals itself after Stanley puts on the mask and the banker transforms into The Mask, a green-skinned, zoot-suited fireball. The rubber-faced Mask possesses the courage to do the wild, fun things that Stanley fears, including romancing Tina Carlyle (Cameron Diaz). In addition to Carrey’s physical talents, the film makes effective use of digital visual effects that bestow the Mask with superhuman speed, insane flexibility, and popping eyes out of a Tex Avery cartoon. The larger narrative, involving the efforts of Tina’s gangster boyfriend to destroy Stanley and use the mask’s powers for evil, prove less interesting than the anarchic comic set pieces, including a particularly memorable dance number to “Cuban Pete.” The film delivered enough laughs to become a surprise hit and, along with the same year’s Dumb and Dumber, establish Carrey’s status as a comedy superstar. 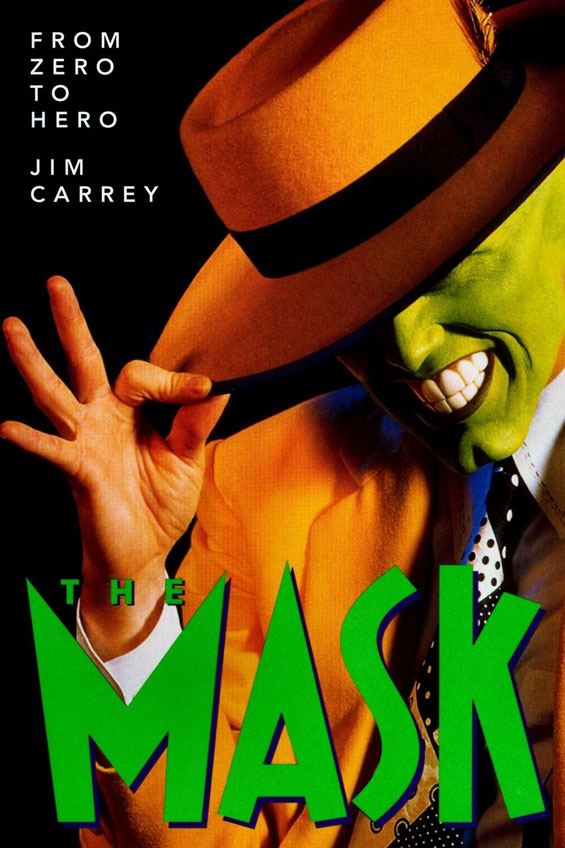